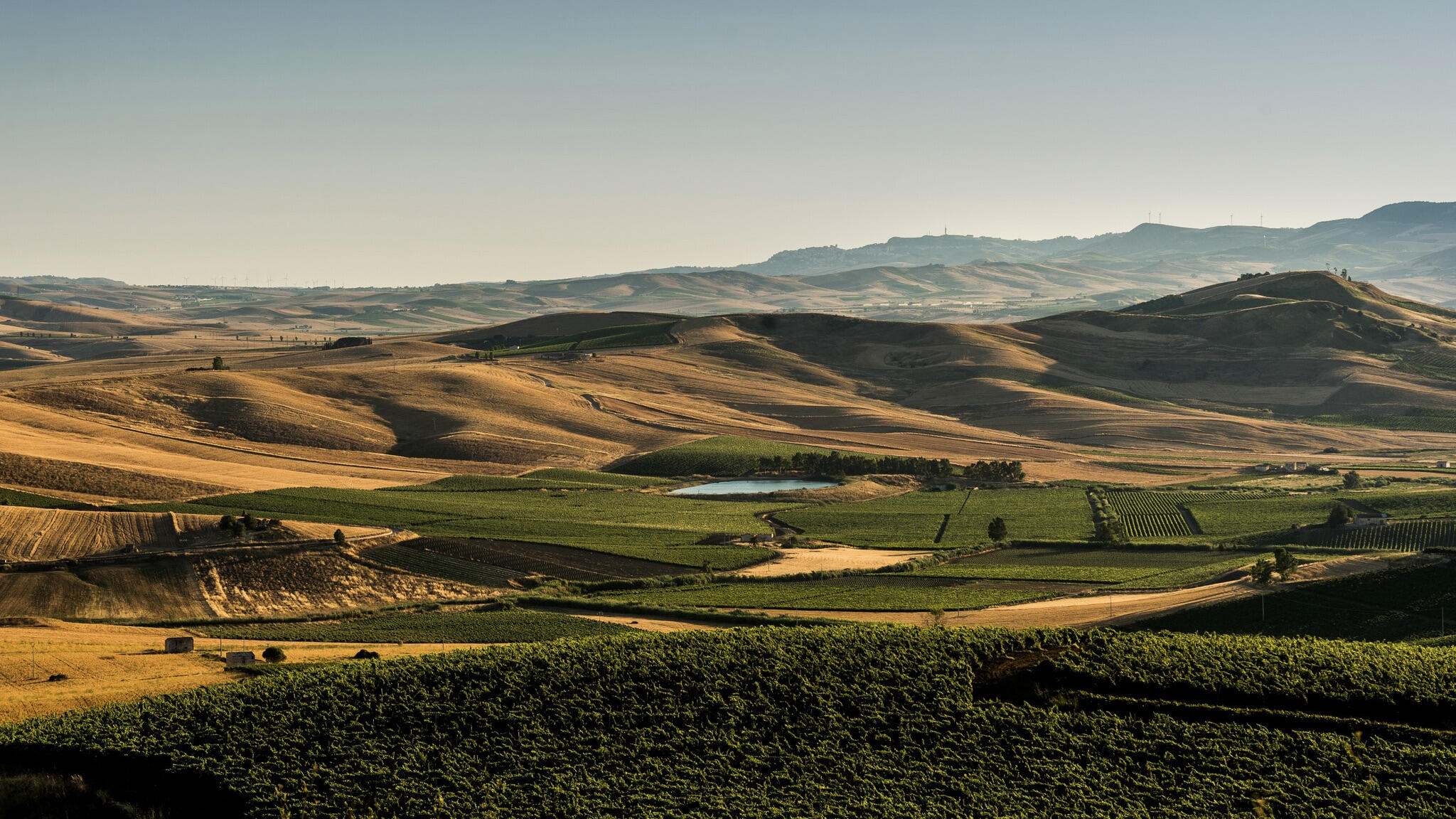 This is our Super Sicilian. The power of Nero d'Avola meets the roundness of Merlot and Cabernet Sauvignon in a Sicilian Bourdeaux blend. The aging in oak makes the Nero d'Avola rounder, and enhances both Merlot and Cabernet Sauvignon which on Clayey and medium texture soil develop their typical complexity, resulting in a wine with a long aging potential.

Manual harvest in the first 10 days of September.

Destemming and fermentation at a controlled temperature of 28°- 30°C for 10/15 days; malolactic fermentation in barriques.

Aging for 12 months, followed by a further 12 months aging in the bottle.

More from this Producer

Elegance and finesse of a mountain white wine.

This blend unites the complex character of Syrah with the Sicilian power of Nero d’Avola.

This Chardonnay charms thanks to its intensity, freshness and neatness. Thanks to both altitude and temperature excursion, the Chardonnay grapes fully develops its fruity aromas.

Up in the hills, the north, bringing fresh air from the sea and making the aromas of Grillo even more elegant.

At Tenuta San Giacomo the natural power of Sicilian wines, the elegance, the freshness given by the altitude and the limestone soil rich in white trubes, find their perfect representation in the Sàgana. From the historical vineyard of Nero d'Avola. The name Vigneto del Torrone Bianco refers to the soil in Tenuta San Giacomo: it looks like a Sicilian white terrone. The yields are low, 50 quintals per hectare and are the result of a rigorous quality selection for the most authentic interpretation of Cusumano's ambassador wine in the world.