Sicily has more wine vineyards than any other Italian region and thousands of growers. Let's explore the list of Sicily's wineries.

Winemaking on the island of Sicily is older than the bible. Evidence from 6,000 years ago shows how wineries and winemaking are an integral part of Sicilian life.

Still, the creation of Sicilia DOC in 2011 created a massive boost in quality across the island's wines. It’s a region you can’t afford to ignore. You’ll find exceptional wineries on the three corners of the island: 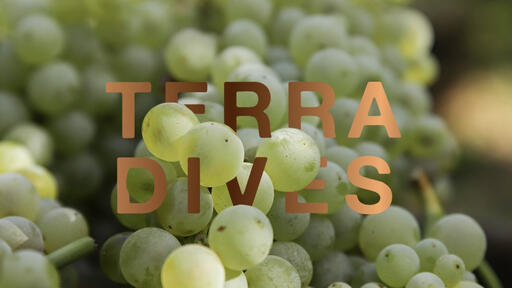 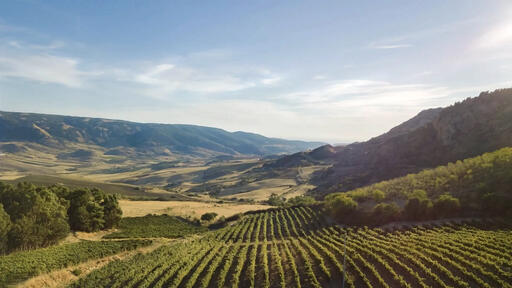 Often when we talk about Sicily, we think of long sunny stretches of seaside vineyards. This isn't the case at Di Giovanna, an oasis of biodiversity inside the Nature Reserve of Monte Genuardo of Sambuca di Sicilia (Agrigento). Mountain viticulture is practiced, with altitude peaks of 830 meters (2,700 feet) above sea level, just 40 km. from the Mediterranean sea. The Di Giovanna family's viticulture tradition dates back five generations. While living in France and visiting the wine regions of Burgundy in the 1960’s Aurelio Di Giovanna began dreaming about quality viticulture and winemaking on the family property in Sicily. Starting with just 2 hectares in the mountains of Monte Genuardo, Aurelio and his wife Barbara began their journey towards quality viticulture. Their sons Gunther and Klaus were raised on the family vineyards, harvesting Catarratto, Grillo and Nero d'Avola grapes each September, from a young age. In the 1980s, the family vineyards were reconsolidated and replanted after careful soil and microclimate studies. In 1997 they obtained their organic certificate, pioneering organic viticulture in Sicily. In 2003 the wine cellar was constructed, nestled in the mountainside of Monte Genuardo, where all of their organic wines are produced. Today the property extends for almost 100 hectares and is composed of 65 hectares of vineyards, 14 hectares of olive groves, 21 hectares of wheat fields and forests. The 5 family vineyards: Miccina, Gerbino, Paradiso, San Giacomo and Fiuminello are planted in the small DOC's of Contessa Entellina and Sambuca di Sicilia, in the heart of the Terre Sicane. The Contessa Entellina vineyards 'Miccina', 'Gerbino' and 'Paradiso' are planted on high hillsides (350 m. - 480 m. above sea level) on tuff and limestone rich clay soils. The 'San Giacomo' and 'Fiuminello' vineyards (680-830 m.s.l.m.) climb the slopes of Monte Genuardo and surround the winery in the small DOC of Sambuca di Sicilia. The vineyards are planted with indigenous and select international varieties, best suited to the terroir. White varieties include Grillo, Catarratto & Chardonnay. The red varietals are Nero d’Avola, Nerello Mascalese, Syrah and Merlot. Di Giovanna crafts a wide range of estate produced organic white, rosè and red wines that are united by expressive notes, each with their own unique personality. The family is dedicated to organic winemaking and preserving a true sense of territory in their wines. The annual production is about 250,000 bottles. 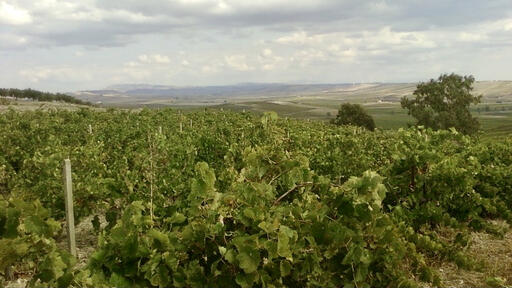 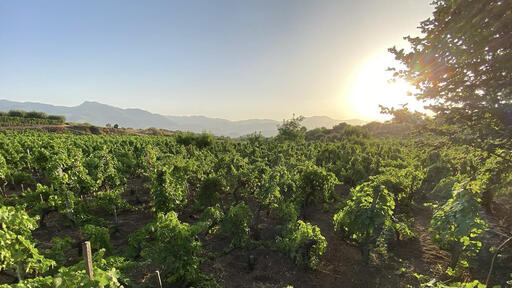 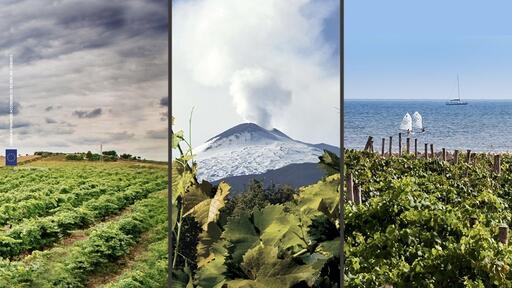