He has the solar impetuousness of his land: when you meet him he would like to tell you everything in a few minutes, and let you taste everything, explain his joy and his satisfaction for positive judgments about his wine and together he would like to express his anger at how the wine of the South and becomes a southernist, and then, all of a sudden, he falls into the shadow of the men of his own land who have transformed the name Marsala, for decades, into an almost vulgar word.
He has tears in his eyes when he speaks of the degradation of his Sicily, he lights up with fury; but he relaxes immediately, in his thousand projects when the glass comes close to his lips.
The “ Vecchio Samperi”Is a wine that has nothing to compare with. Unique, arrogant, powerful, bold, but without disharmony, unrepeatable. And it is this wine - for a very fortunate adventure it could not be called Marsala because it is not fortified as the Marsala Vergine disciplinary provides - that brought him to the stage of the greats where he immediately had the role of the protagonist.
The company is twelve kilometers from Marsala, in that land of Sicily which is great in all its manifestations, for better or for worse; hard land of hard men, of families settled on the territory. Marco De Bartoli has the Gascon signs of the will to win on all fronts and he won, with the tenacious, stubborn belief of being right, and to prove it he speaks a lot as is used in Sicily, not to tell about himself, but to allow me to drink : there is his greatest proof.
Today he has a family of which he is proud: Renato and Sebastiano, children, are almost grown up and Josephine, the last born, bears the name of her grandmother of French origin. He is also proud of his origins, that even on his father's side he was already in the wine. He renovated the cellarnot only with taste and humility, but with the pride and awareness of having managed to do what he hoped for: his wines have multiplied and - in addition to Vecchio Samperi, which exists in 10 - 20 - 30 and 40 year versions ( of the last series only 250 bottles, priceless, for God's privileged) - produces: the twenty-year-old Marsala Superiore; the Josephine Doré (the young part of Vecchio Samperi which is obviously aged with the soleras method): the easiest Inzolia; Josephine Rouge, a sweet red wine made from pignatello grapes; and finally Moscato Passito di Pantelleria, from Muscat grapes from the Bukkuram cru , which in Arabic stands for “father of the vineyard” to indicate the best place.
When you frequent him you discover that Marco De Bartoli, powerful and gentle, with curly hair, cut very short, smiles and you know he knows what values ​​are, in life as in grapes. 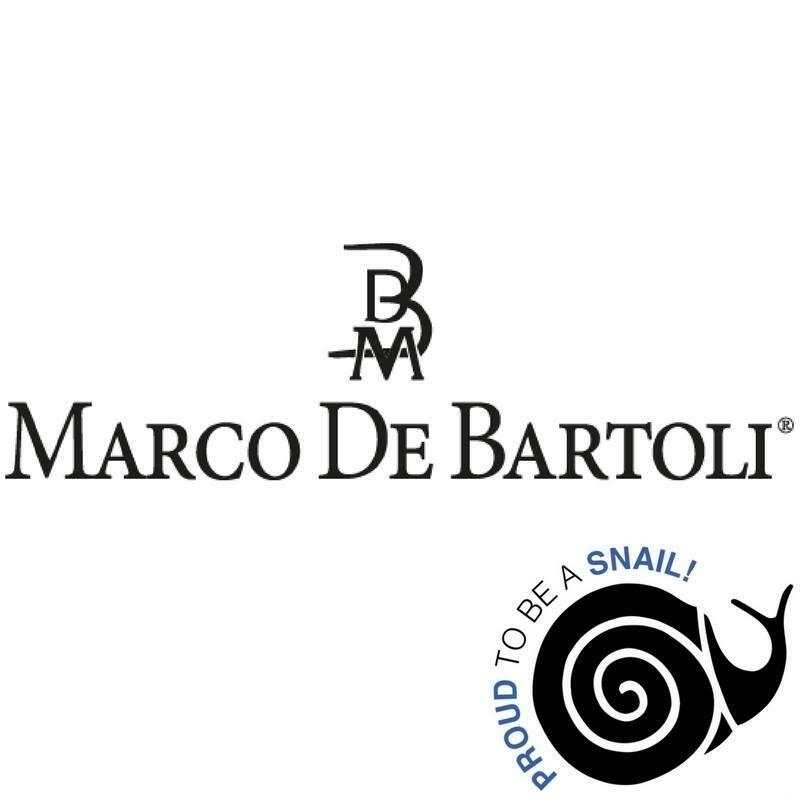 Marco spent years talking to the island’s elders and experts to understand how the grapes there, dried under the fierce sun, could turn into ‘nectar of the Gods’. He realized that only through unwavering attention to each vine could the sun-dried raisins yield this sweet wine, a legacy from Arab times. Bukkuram “Padre della Vigna” (Father of the vineyard) is the passito wine made only in the best vintages.

Following the evolutionary logic of his area’s wine history, Marco began making his “own” Marsala Superiore. This wine, with its memorable bouquet of perfumes and aromas, was conceived and produced to respect its “natural” tradition: it is fortified with a “mistella” produced from fresh grape must and fruit brandy obtained from the same grapes of the base wine.