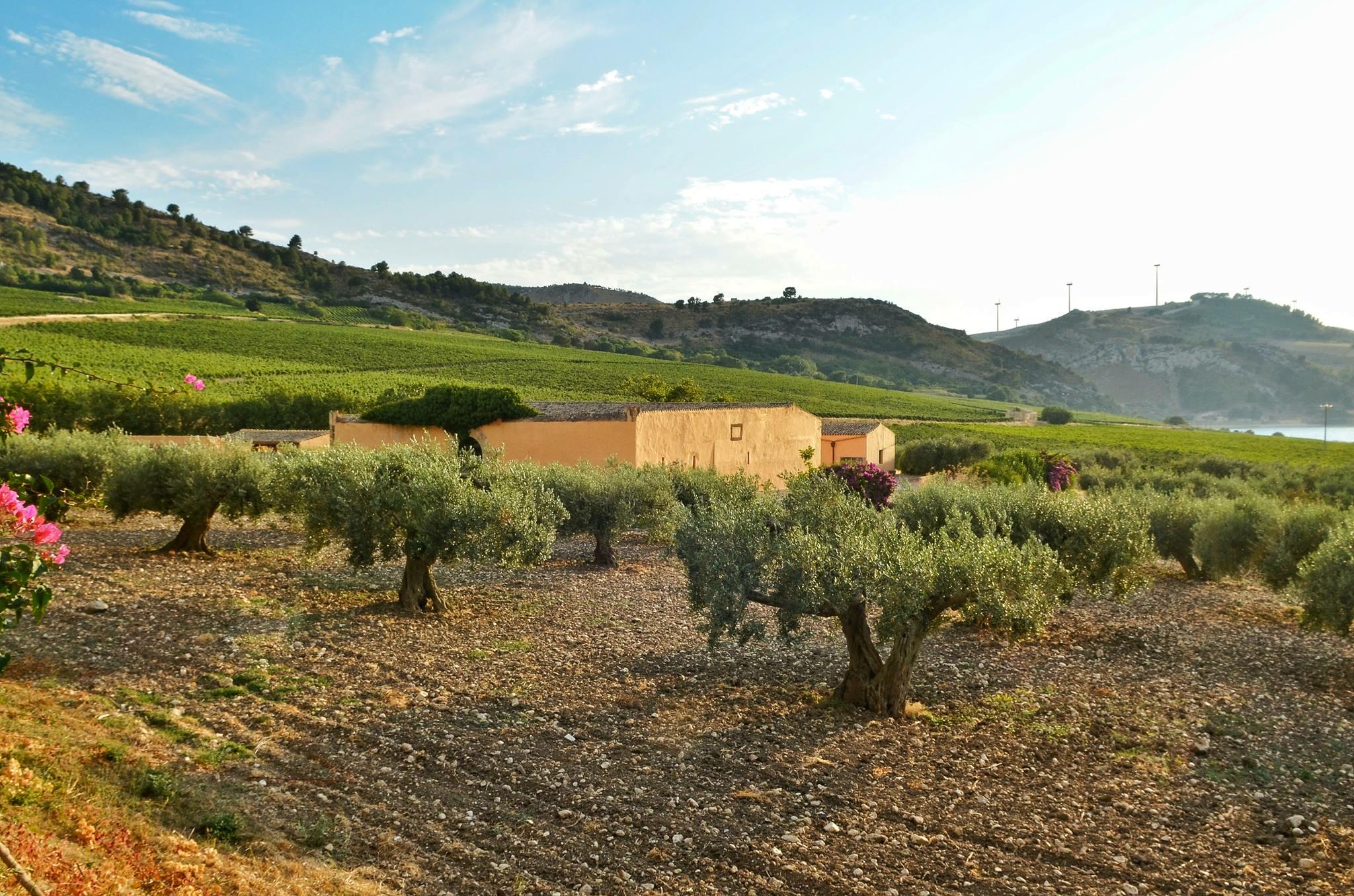 ‘It is a new way of thinking about the journey through Sicily; after Menfi, Vittoria, then Noto, then Etna, then Milazzo. Not a random route, but one strongly linked to the variety of countryside, to the winds, to the character of the people and thus of their wine…’ Diego Planeta

Planeta’s story is one of courage and hard work, of innovation and tradition.
The company and the family share their values, both with an eye to the future and with their feet firmly on the ground.
Courage and innovation since the 1990’s, due to several of that generation of the family then in their twenties led by Alessio Planeta and under the protective care of the founder Diego Planeta, who initiated a completely new project, placing wine in the centre of the family’s farming activities.

After establishing the first winery at Ulmo in 1994 the ‘Viaggio in Sicilia’ took off, in other words, the search for the best known areas of the island in order to create independent wineries and produce what would be considered the best wines in each area, working with indigenous vines while continuing to experiment with international varieties.
These last were developed particularly at Menfi, the working centre of the company, where the number of vines and wineries always continued to increase.
The next stage of the journey took place at Vittoria in 1997, where the only Sicilian DOCG, Cerasuolo di Vittoria, then existed, initially with vineyards and followed up with the purchase of the Dorilli estate. Next Noto in 1998 with the acquisition of Buonivini and with the specific intention of achieving the excellence of Nero d’Avola within its region of origin. Then Etna with the acquisition of the first 12 hectares of land at Sciaranuova on the northern slopes of the volcano in 2008, and the gradual purchase of more land bringing the total area to 40 hectares, devoted to Nerello Mascalese and Carricante, with small trial areas of Pinot Noir and Riesling.

This wonderful journey has for the moment finished at Capo Milazzo, and the tiny winery of Baronia, where since 2011 the focus has been on the DOC Mamertino and various antique indigenous varieties, particularly Nocera.

All this began from that first venture at Ulmo, the estate acquired by the family through marriage in 1694, 17 generations ago, and since then always cultivated with vines and olives; an authentic family tradition.

Now exists their obligation; the values which have always directed the company are tradition, research, the work ethic and respect for the land; to contribute to the progress of the community where they operate; to safeguard the beauty and environmental integrity of those places. This last element is particularly loaded with meaning due to the particular beauty of the areas where the vineyards and wineries are sited. Ulmo, Dispensa, Dorilli, Buonivini, Sciaranuova and La Baronia are unforgettable places, emphasising the saying that good wines are made in beautiful places.
Today there are overall 395 hectares and 7 wineries in five different areas. Each winery has its leading wine-maker, each one is wholly part of its territory on which it is modelled.

Four of the five wineries produce exclusively grapes and wines certified as organic;
Planeta has subscribed to SOStain’s protocol of sustainability since its inception, a further guarantee of their attention to the environment and to the land. It is sufficient to visit any one of the wineries to understand to what extent the environment, the countryside and the culture are fundamental values of the company.

Planeta is not solely concerned with wine. In the flora and fauna oasis of Capparrina (Menfi), owned by the family since the 19th century, 148 hectares of olive grove have been planted since 1998. The olives – Nocellara del Belice, Biancolilla and Cerasuola – are processed as soon as harvested at the olive press in the centre of the estate; the result is an IGP extra-virgin olive oil which has been awarded various national and international awards.

Finally Planeta has devoted increasing investment and resources, under the guidance of Francesca Planeta, to the development of property activities and particularly to high-profile hospitality. This began with La Foresteria, the Menfi wine resort established in 2009 and inscribed in the Ecoluxury list, to be followed with Palazzo Planeta in Palermo and Le Case Sparse at Noto.
In addition three of the estates – Ulmo, Buonivini and Sciaranuova – have in their turn become centres of hospitality linked to wine tourism (tastings, events, experiences, wine sales) and fully represent the synthesis of Planeta’s activities and their vision.

Sito dell’Ulmo is a single-variety Merlot and from a ‘Single Vineyard’. Years of experience have helped us identify in the vineyards of Ulmo, planted in 1987 on the banks of Lake Arancio, the ideal place for the cultivation of this ancient French variety.

Named after a wildflower that grows around our winery - is a blend mainly of Grecanico with a small percentage of a distinctly aromatic variety: Sauvignon Blanc. Splendidly aromatic, delicately structured, with aromas of tropical fruit, fresh citrus and white flowers.

Our Rosé, fresh and fruity, represents all the feelings of a Sicilian summer. Its colour is that of a summer sunset. The fresh aromas of strawberry make it a marvellously friendly wine, and easy to drink. Enjoy Planeta’s Rosé in good company, as an aperitif with tapas, raw fish, fresh salads or alone with seasonal fruit.

Our Passito di Noto is produced from one of the oldest vines in the world, Moscato Bianco. The passito is a very ancient wine which is now produced with the modern system of ‘appassimento’ (grape drying). Explosive aromas of exotic fruit, jasmine, candied citrus fruit are complex but easy to admire. The ideal companion for the great Sicilian tradition of sweets and ice creams.

The history of Etna is studded with the historic eruptions which have shaped it. That of 1614 is legendary, lasting ten years and the longest ever recorded, halting just on the border of the vineyards of Sciaranuova. A name strongly evocative of our Cru dell’Etna; Carricante with a small addition of Riesling. High altitude black soils confer a fresh, savoury and mineral style.

Plumbago – named after the beautiful purple wild flower that grows in the woods surrounding the farmhouse and vineyards of Ulmo – is a single-variety Nero d’Avola. It is produced from the old vineyard at Lake Arancio which gives us this soft fruity version of this great Sicilian grape variety. Rounded tannins and perfectly judged wood makes it an immediately pleasurable wine. Ideal for Mediterranean cooking based on vegetables and all types of meat.